A quirky RPG where you combine letters into words to battle, while trying to save a space ship from a dangerous virus!

Made originally in 72 hours for LUDUM DARE 49- but has been polished up for general play!

Any way to claim this to add to library? I'm on tablet now and by the time I have access to a pc, I'll probably have already forgotten about this game to download it. which is a shame, Nevada's I want to play it

It was fun, but I tried to do a second playthrough and it started me with the full party and all of the event flags checked. It was immediately after finishing the game doing only resolution stuff, so maybe that factored into it.

me when the janitor battles me x0

so much fun! the pixel art mixed with the smooth, unity-esque flow of the movement is a really interesting aesthetic i’d never seen before. the writing is absolutely hilarious, and, of course, the battle system is genius. one thing i really like is that you have the option to continue using either aggression or compassion, but unlike other games which offer that choice, this one doesn’t make a moral judgement based on that decision. it would be a huge waste not to turn this into a full game!

a’course, i do have one big critique: due to the way letters appear, it often seems like a game of chance whether or not you’re able to create enough words, rather than one of pattern recognition. bozo’s remix skill was essential to winning basically any match from that point on; it seemed a little strange that that option wasn’t there from the beginning.i think for a full game it would be necessary to input letters by commonality, which i feel like i noticed a little of already, but that might just be me seeing things.

Love how you can solve conflicts by saying f*ck (in a reserved and compassionate manner). Loads of fun.

Like action words that you can use instead of random words or maybe you can collect items in overworld that are words added to the word bank. So if you had the item "Sword" you could find it in the word bank once you have obtained. And different words do different damage so it feels EVEN more like an RPG

but then again its nice for it to be random because it feels like I am using whatever item I want to. Maybe if there was a text that said "Word" does 10 damage or something like that and depending on how long the word determines the amount of damage done. I think it is fine the way it is just an idea

Also I would remove the curse words just because it takes the wonder out of the game IMO but those are just my thoughts.. take em if you want em

I loved your game - I loved it so much I made a video review for it right here declaring my love for it. I also drew the thumbnail below, so I sorta made fanart too. I am impressed with your work.

I am working for a Korean PC gaming platform called Smilegate Stove ( https://indie.onstove.com/en/store/search ) and also wish that I could make more Korean gamers know about your works?

If it does not bother you, Would you let me talk further about us and the partnership? 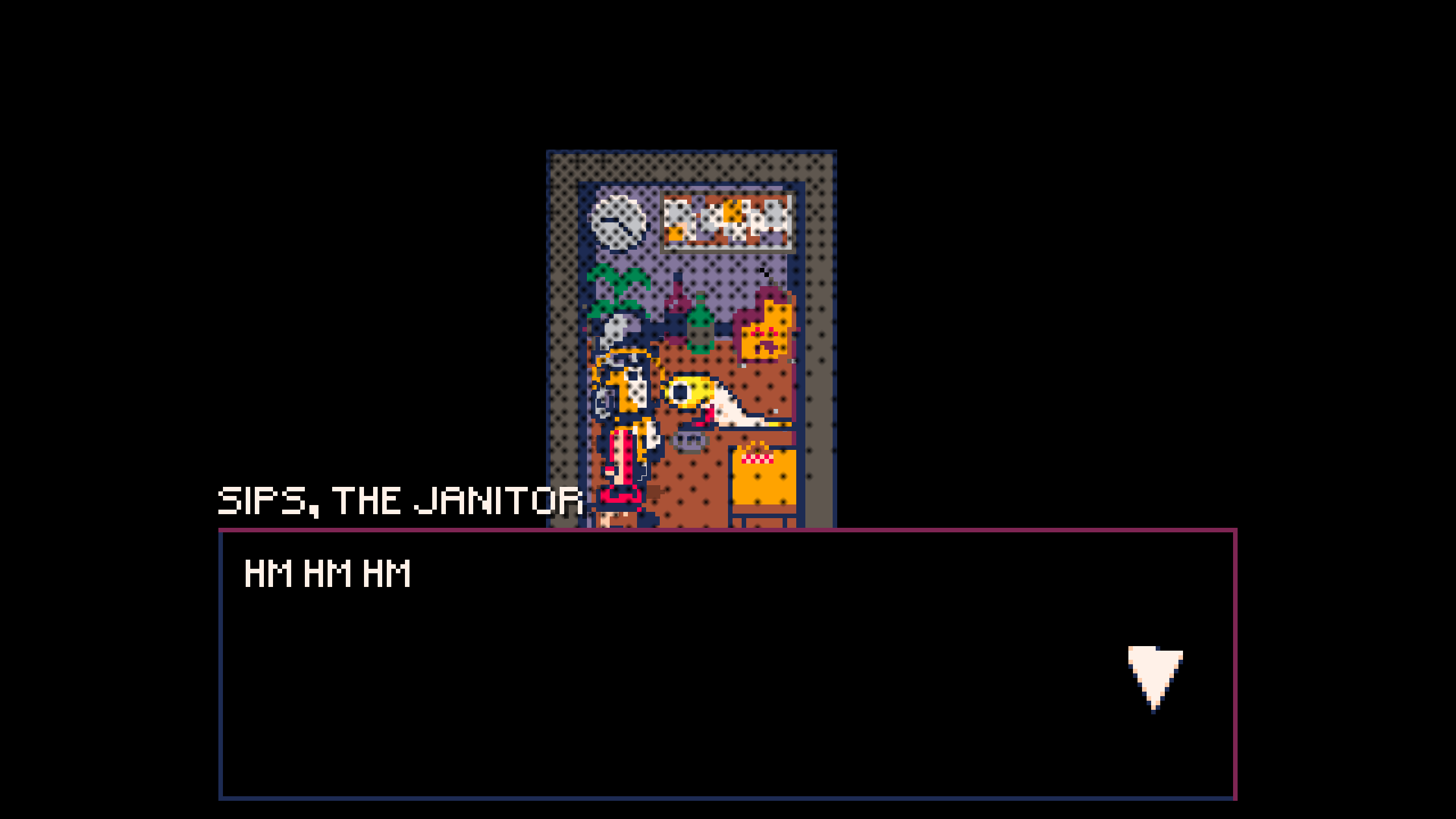 HM HM HM I FINALY DID IT AHHHHHHHHHHHhhh

the rest of the game was incredibly easy in comparison to this guy, if you see this guy... RUN

Dang, I genuinely can't get past Bozo.

I didn't think I would get hard locked so early on, but here we are. Even when I just gave up being diplomatic and just reached for the stab every time. I just couldn't do well enough to get past them.

That's it for me.

This was really cool, especially for a Ludum Dare game, but DANG it was hard as nails. There's so little room for error. I think it might have been better if enemies dropped letters only one at a time -- there were a lot of times when enemies just dropped all their letters into one column, which is way more dangerous than spreading them out. I overall felt like my human reaction times and mouse speed just weren't up to the task. Maybe if there was a text-to-speech protocol that let you call out words? Not sure what kind of software you'd need for that, though.

One thing I really liked is that you provided actual temptation for the violent option. I started off trying to be nice, but I was quickly forced to pick conflict because it's so much easier. A lot of morality games make the good and bad options equally effective or difficult, which completely defeats the point, in my opinion. It should be hard to be good in the face of conflict, and easy to give into temptation.

Liked the concept and characters, though I got overwhelmed by the puzzles sometimes.

This is a really cool game! I love the characters and story

Such a fun game. The concept and characters are so solid. Definitely something really cool here.

This game was the best. I loved the setting, the characters, the way they interact and the gameplay. This is actually the first time I've played a game based on word play in a long time. Also made me realise how I don't know some words lol. It was very enjoyable and I don't know if there are multiple endings based on the choice of dealing damage or not. Loved this game overall and hope you continue making games!

short but cute and really fun to play!

once again I love how you innovate new systems for games, in this case, the argument system 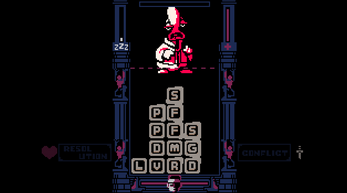 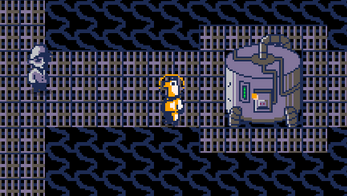 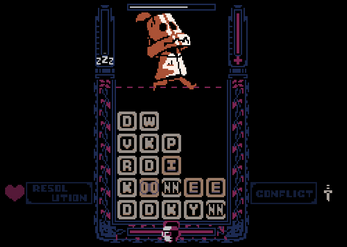 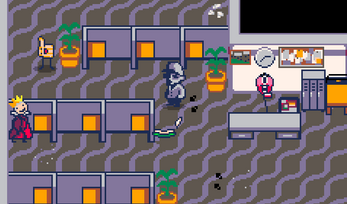